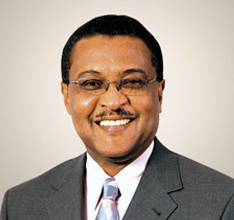 Mr. Paul Pennicook, an experienced hotelier, has held several executive management positions in the hotel and tourism industry including management positions at the Holiday Inn, Montego Bay before going on to work as General Manager at Couples, Ocho Rios, and Senior Vice President of Sales and Marketing for SuperClubs. He has served as Chairman of Victoria Mutual Property Services since 2015.

Mr. Pennicook joined Unique Vacations, the Marketing arm of the Sandals Resorts chain, in 1995 as Executive Vice President. He was appointed to the position of President and Chief Executive Officer of Couples Resorts in 1997, served as First Vice President of The Jamaica Hotel and Tourist Association (JHTA) as well as Chairman of that organisation’s Marketing Committee. He was named Hotelier of the Year in 2001 by the JHTA.

Mr. Pennicook previously held the position of Director of Tourism for Jamaica and has also served as Senior Vice President at Air Jamaica. He now serves as President of International Lifestyles Inc, the Worldwide Representative for SuperClubs Resorts. He also serves as a Board Member of the Victoria Mutual Building Society .

He is a wine connoisseur who has visited Vineyards in California (USA), Australia and Europe studying blends indigenous to these regions.